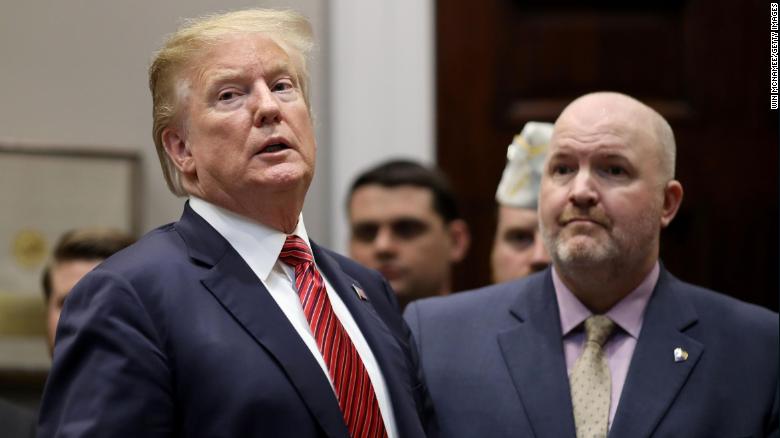 (CNN)-It’s supposed to be “about the economy, stupid!” That should be good news for President Donald Trump, who scored an all-time high 56% economic approval rating in a Gallup poll this week.

Indeed, Trump’s economic approval ratings are one big reason he could win re-election. But despite his strong economic scores, Trump’s overall approval remains stuck in the low 40s.
Why? It could be that Americans don’t believe Trump’s economic policies are put forth to help them. This should worry Trump because it could hurt his chances of winning a second term.

Earlier this week, Quinnipiac University asked voters whether Trump “cares about the average American.” Just 39% of voters said that he did, compared to 58% who said that he didn’t. The 39% of voters who registered approval of Trump’s overall job performance was very similar to the 38% overall job approval rating Trump received in the same poll.
When you break it down by demographic (i.e. age, race, education, etc.), you see that there is pretty much a perfect correlation by group between how Americans view Trump overall and whether they see him as caring for the average American.

Since the beginning of his presidency, the percentage of Americans who approve of the job Trump is doing as president has been closely linked to the percentage who think he cares about the average American.

The average difference between the two statistics has been only 4 points. Over time, the relationship between the percentage of Americans who approve of Trump and believe he cares about the average American has only become stronger. The difference over the last year has averaged only 2 points, according to Quinnipiac.
These numbers match up with other polling that inquired into whether Trump’s policies were helping the middle class. Only 38% of voters said in an August 2018 Quinnipiac poll that the Trump administration was doing enough to help the middle class. The vast majority of Americans (61%) said in a December 2017 Marist College poll that Trump’s policies are directly mainly towards helping the wealthy.

The correlation between Trump’s approval rating and Trump caring about the average American is much stronger than it is with his economic approval rating. In the Quinnipiac poll, movement in Trump’s economic approval rating and his overall approval rating has not been statistically significant. If anything the relationship has become weaker over time.
Since last year, the average difference between Trump’s economic and overall approval rating has been 8 points. That’s four times the difference that his overall approval rating has had with voters thinking he cares about the average American.
A look at history suggests we shouldn’t be surprised that voters care about whether presidents understand them and their problems. The last three presidents likely saw their re-election chances increased because voters saw them as caring about them. In a late October 2012 CBS News poll, 59% of likely voters thought that Barack Obama “understood the needs and problems of voters” like them. Eight years prior, 51% of likely voters told Newsweek that the phrase “cares about people like you” accurately described President George W. Bush. And all the way back in October 1996, 65% of voters said President Bill Clinton understood the needs and problems of voters like them.
Perhaps not surprisingly, all three of these presidents won re-election. Not only that, but the more voters believed that these presidents were on their side, the larger their re-election margins (i.e. Clinton’s was larger than Obama’s, which was larger than Bush’s).

Bush’s and Obama’s fates are particularly interesting in the context of Trump. Unlike Trump, their economic approval ratings were lower than their economic disapproval ratings. In other words, they had negative net economic approval ratings. In the 2004 and 2012 exit polls, Bush and Obama respectively lost among voters who said the economy was their most important issue. In spite of that, they won. It turned out that it mattered more that voters believed these presidents cared about their problems than whether or not the voters approved of their performance on the overall economy.

We don’t have enough elections in which this question was asked to say in any definitive way that if voters don’t think the president is on their side that they won’t re-elect him. Still, it seems likely that if voters believe a president doesn’t care about the average American then they aren’t likely to re-elect them.
This, of course, is bad news for Trump given that voters have continuously said he doesn’t care about the average American. The last president who had polling close to Trump on a remotely similar question was George H.W. Bush in 1992. Voters did think Bush cared about them, but they didn’t think he understood their problems. Bush lost.
The 1992 election is a great example of the issue facing Trump. When voters feel like the president has lost touch, they are more likely to go in another direction.
Trump needs voters to believe he is working for, cares and understands them. Otherwise, he’ll probably only serve one term.