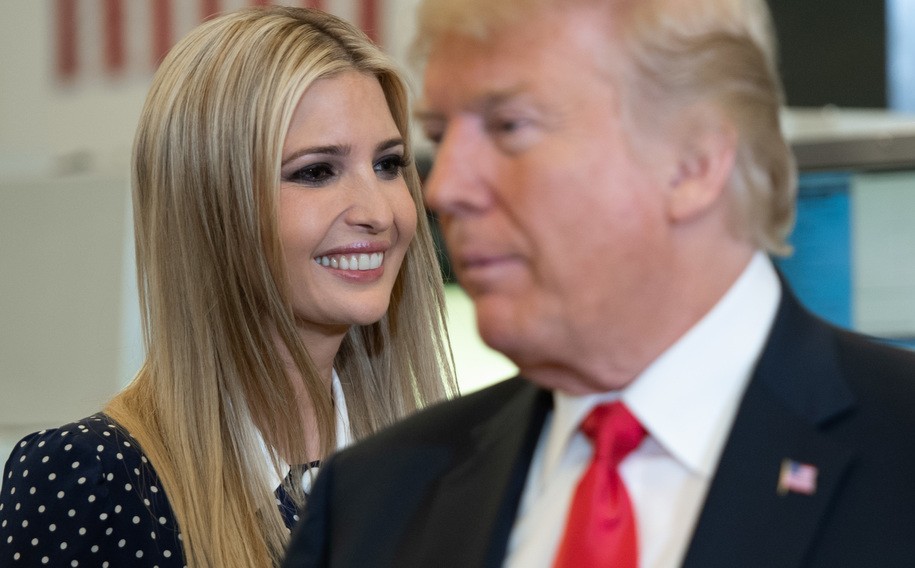 The President’s crusade to grant clearances to his daughter and her husband, Jared Kushner, rankled West Wing officials.
While Trump has the legal authority to grant clearances, most instances are left up to the White House personnel security office, which determines whether a staffer should be granted one after the FBI has conducted a background check.

But after concerns were raised by the personnel office, Trump pushed Kelly and McGahn to make the decision on his daughter and son-in-law’s clearances so it did not appear as if he was tainting the process to favor his family, sources told CNN. After both refused, Trump granted them their security clearances.

The development comes on the heels of Thursday’s New York Times report that President Trump ordered Kelly to grant Kushner a top secret security clearance despite concerns raised by intelligence officials. The President has denied he had any role in Kushner receiving a clearance.

Asked for comment, White House press secretary Sarah Sanders said, “We don’t comment on security clearances.”
“We cannot respond to every anonymous source,” she added.
Kelly could not be reached for comment. McGahn declined to comment for this story.

Because they are a married couple, concerns that surfaced during one person’s security clearance investigation could stall or block both of them from receiving a full clearance. But officials had concerns about granting Trump a clearance that were separate from those raised about her husband, according to one of the sources, though it’s unclear what the concerns regarding her were. At the time, the couple told associates they believed Kelly was blocking them from getting clearances because he did not feel like they belonged in the West Wing.

The President pushed harder for his son-in-law to get a clearance because of his wide-ranging portfolio, which includes a Middle East peace proposal, and because of heightened scrutiny on Kushner’s inability to secure a clearance, sources said. His daughter’s portfolio did not require a high level security clearance, though as a senior adviser who sits in meetings with other senior officials, she is privy to sensitive information.

On Tuesday, the White House rebuffed a request from House Oversight Committee Chairman Elijah Cummings, D-Maryland, who asked for documents pertaining to the security clearance process. White House counsel Pat Cipollone said the committee’s request for the information was “without legal support, clearly premature, and suggests a breach of the constitutionally required accommodation process.”

The White House’s rejection increases the chances of a subpoena from the House.